Morgan lives in a Rocket House in VR has been released on Steam!

I’m a big fan of VR and because I’m using a game engine (UE4) to render the show, I thought I should have a go at making a VR episode. It was a lot of work, and took quite a bit longer than I thought it would, but I’m pretty happy with how it all turned out. Here are some of the features of the app…

Morgan lives in a Rocket House in VR is the name of the app, but Paper Pilots is the name of the actual episode. It’s a fun little 4 minute episode where Morgan and Elliot try to make paper planes but they can’t remember how. Commodore comes to help but has a few surprises in store for the boys and their planes.

One of the things I love about VR is the potential to experience things in a way that might be different for how you normally perceive them. I added the ability to change your scale so you can watch the cartoon from different perspectives. It’s pretty cool to watch from an ant’s perspective and see the characters as towering giants, or watch from a giant’s perspective which makes the characters look like little toys. The cartoon doesn’t have some deeper meaning revealed by watching at different scales, I just thought it would be fun.

You can enable teleport so you can jump around the environment. You are free to hop around the set to just look around, or you can watch the cartoon from different angles. I’m hoping most people will watch from the intended position first and hop around in subsequent viewings. I realise people could potentially hop around during their first viewing and miss the story, but I’m ok with that. The run time is short enough to encourage replaying the cartoon. I should mention I didn’t include free locomotion as I do not have sturdy VR legs and I wasn’t comfortable with adding a feature without being able to test it myself.

Something that is missing from most non-interactive, linear narrative, real-time VR experiences is the ability to control playback. I’ve added pause/play, stop and scene select to the menu. 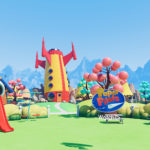 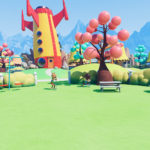 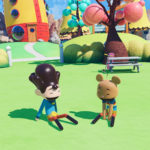 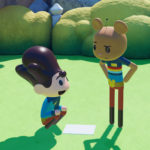 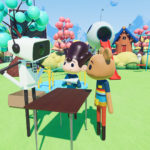 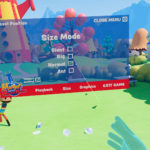 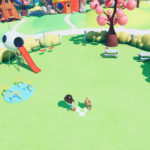 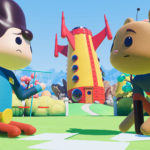 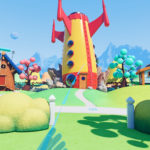 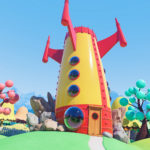 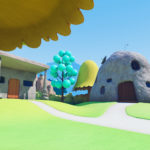 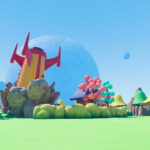 Unfortunately, to watch it you need a fairly beefy PC and a fancy VR headset (either an Oculus Rift or an HTC Vive) which I realise most people don’t have. Maybe if it proves popular I will look into releasing a lower spec version for GearVR or Google Daydream. Or even just try rendering out a stereo 360 video for YouTube.

One thing about VR is that its current incarnation isn’t intended for users younger than 12 or 13 years old. My hope is that adults/parents/siblings will watch it, enjoy it, and seek out the normal show for younger kids. Here’s an awesome article Road To VR wrote about the potential issues of children’s content in VR, and it features Morgan lives in a Rocket House!

2 thoughts on “Morgan lives in a Rocket House in VR – Released on Steam!”